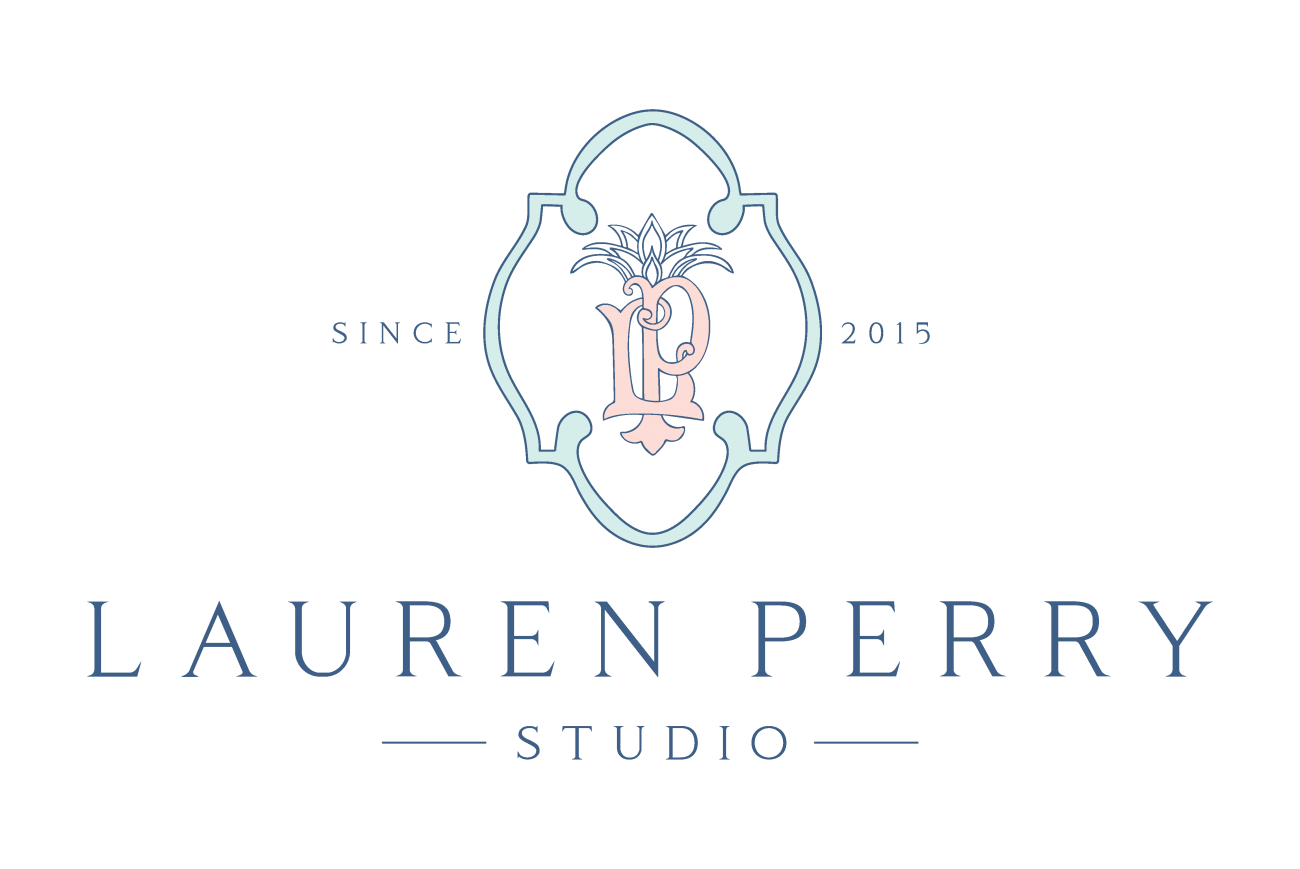 So last week on the blog, I shared about why we took a trip to Caye Caulker Belize, and all the shenanigans that ensued trying to get there. If you haven’t read it yet, make sure you head here to get caught up!

This week, I want to share a little more about the fun we had while we were there, and also list some recommendations of places we visited and loved in case you’re planning on heading to Belize yourself someday!

The motto for Caye Caulker Belize is “Go Slow”. This is somewhat akin to a southern person saying “Bless Your Heart”, meaning someone might tell you go slow as a way of saying no problem, but they might also say it as a way to tell you that you need to chill out – I witnessed both (apparently I’m an over eager biker and was going too fast on Front Street). The reason “Go Slow” is their motto is that they have two cemeteries, and NO hospital. So basically, go slow because if you hurt yourself it’s a one hour ferry ride back to mainland Belize. 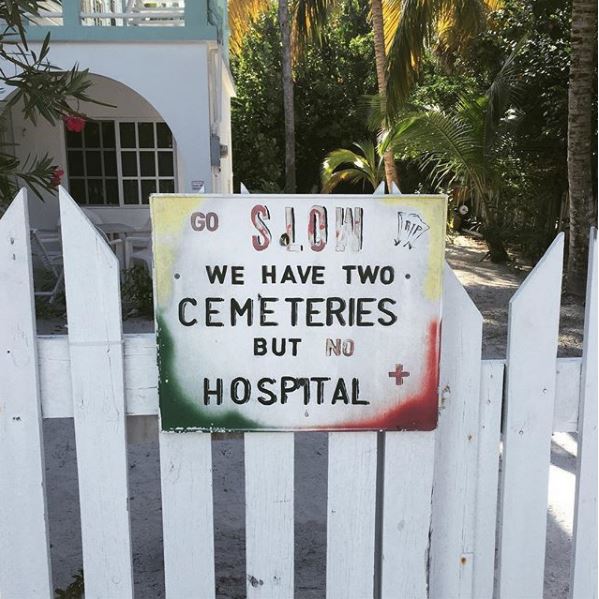 Add this to the list of things NOT to show your mother before/while you are traveling. Sorry mom – we all made it back alive!

I mentioned last week that right in the middle of Caye Caulker, there is something called “The Split” that was initially created by a hurricane, and then later widened to allow boats to pass through. Right at “The Split”, there is a gem of a place called The Lazy Lizard. And it is literally exactly what you would expect from a place called the Lazy Lizard. There are tons of beach chairs, picnic tables, slides, and other means of just chilling and relaxing in the sun. Oh, and they also have a bar and restaurant so that you can stay hydrated with rum punch and nibbles while you’re enjoying soaking up all that Vitamin D. 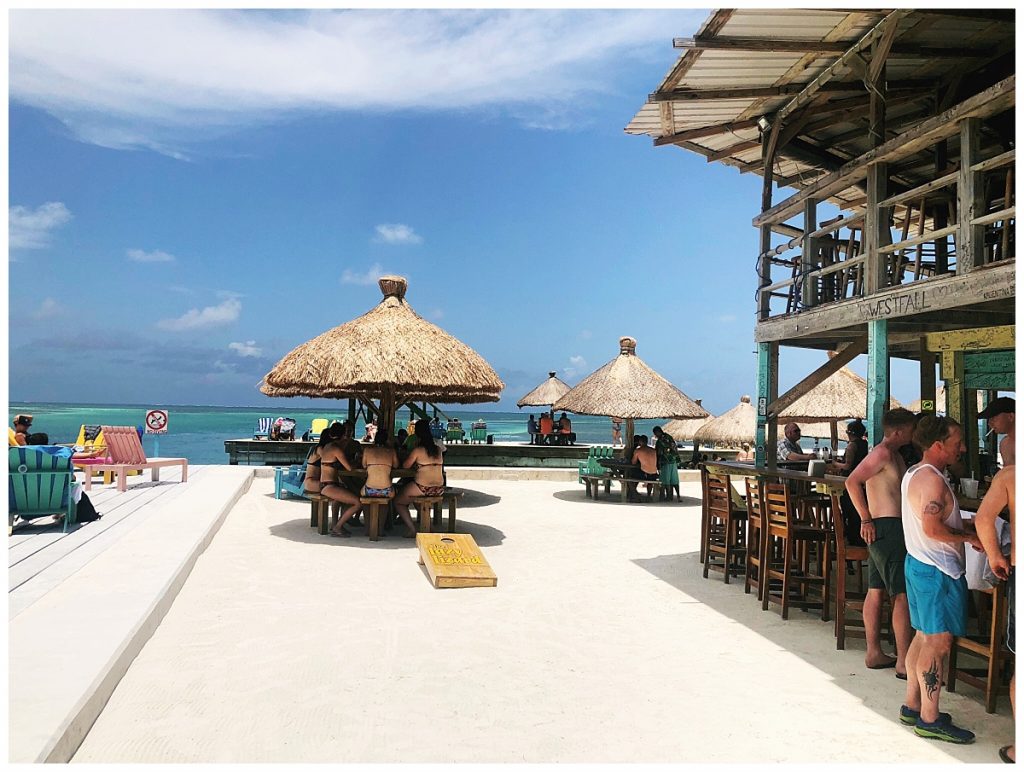 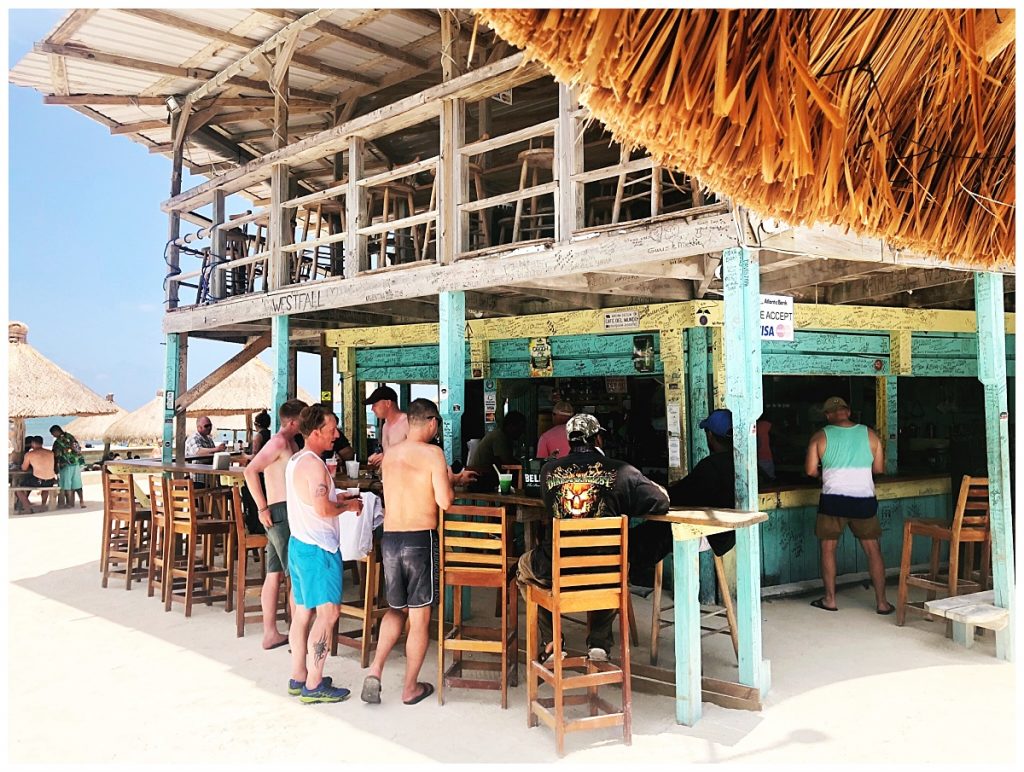 Before we even made it to Belize, we were hearing stories about this place and their famous “Lizard Juice”. The name Lizard Juice doesn’t sound super appetizing, but let me tell you – it was delicious. I wish I could tell you what was in it, but I honestly have no idea. I’m going to guess rum, a whole lotta green food coloring, and probably some other things but who really knows. It’s Belize, go slow and don’t ask questions. 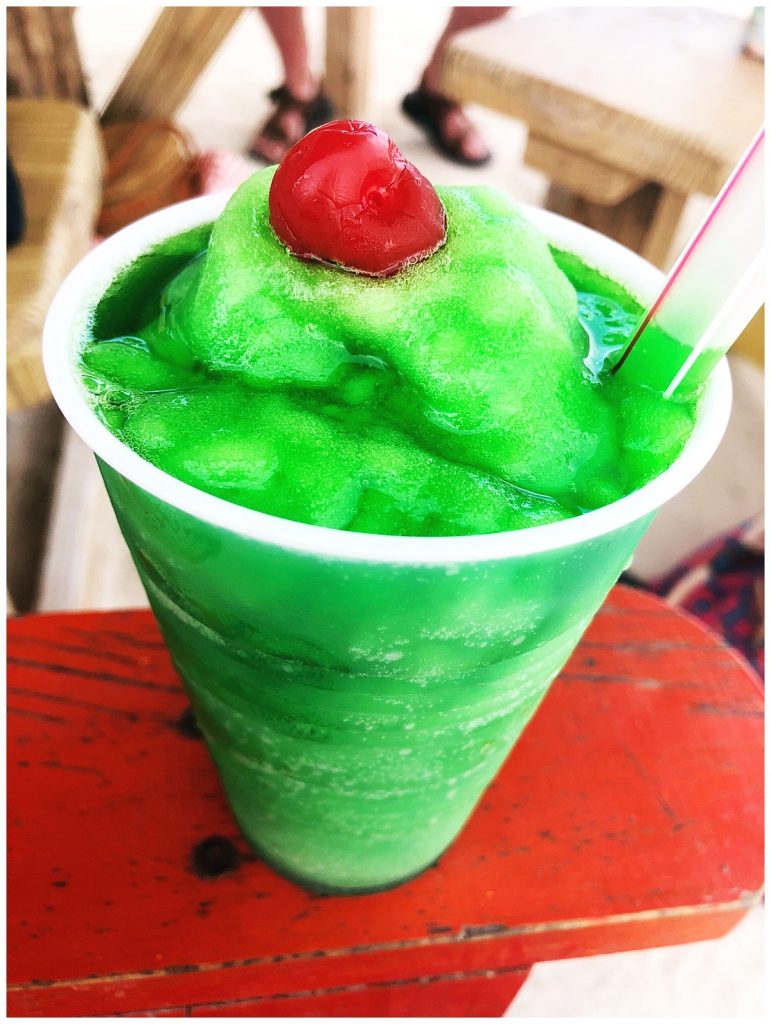 After “going slow” for awhile, we wanted to do a bit more adventuring. We are all scuba-divers so we usually try to dive at least once when we visit other countries, but we decided to take it slow (go slow, remember?) this trip since we’d been diving in Belize once before on a cruise. So instead we booked a snorkeling trip! A little piece of me wants to be a snooty diver and act like snorkeling isn’t that cool, but I really enjoy it. Anything that puts me in the water where I get to see cool things is awesome in my book, so don’t ever skip out on a snorkeling trip thinking you won’t see much! Color rendition isn’t as good at deeper depths, so even though you may see smaller fish, the colors are so much better!

We booked our snorkeling trip through Ragamuffin Tours, who we thought did an excellent job. They took us to a few different locations, including Shark Ray Alley and the Hol Chan Marine Reserve. Our favorite by far was Shark Ray Alley. As soon as the boat pulled up, there were tons of stingrays and nurse sharks around the boat. I’d seen both before, but NEVER that close. My sister Kela is a huge shark fan so she was pretty much beside herself. Throughout the swim, we even caught some spotted eagle rays, which are one of my favorites. If you think you’re a fast swimmer, just try to keep up with them. They look like they’re barely exerting any effort but you WILL not catch them.

After the snorkeling trip, we all enjoyed a fun boat ride back to Caye Caulker, complete with shrimp ceviche and as much rum punch as we could drink. (Are you noticing a trend here? Belize is not stingy with their rum punch!)

Since no trip is complete without discussing what we ate – here are a few of our favorite locations:

Il Pelicano Cucina Italiana – best pizza, and such an adorable oasis to eat dinner in! 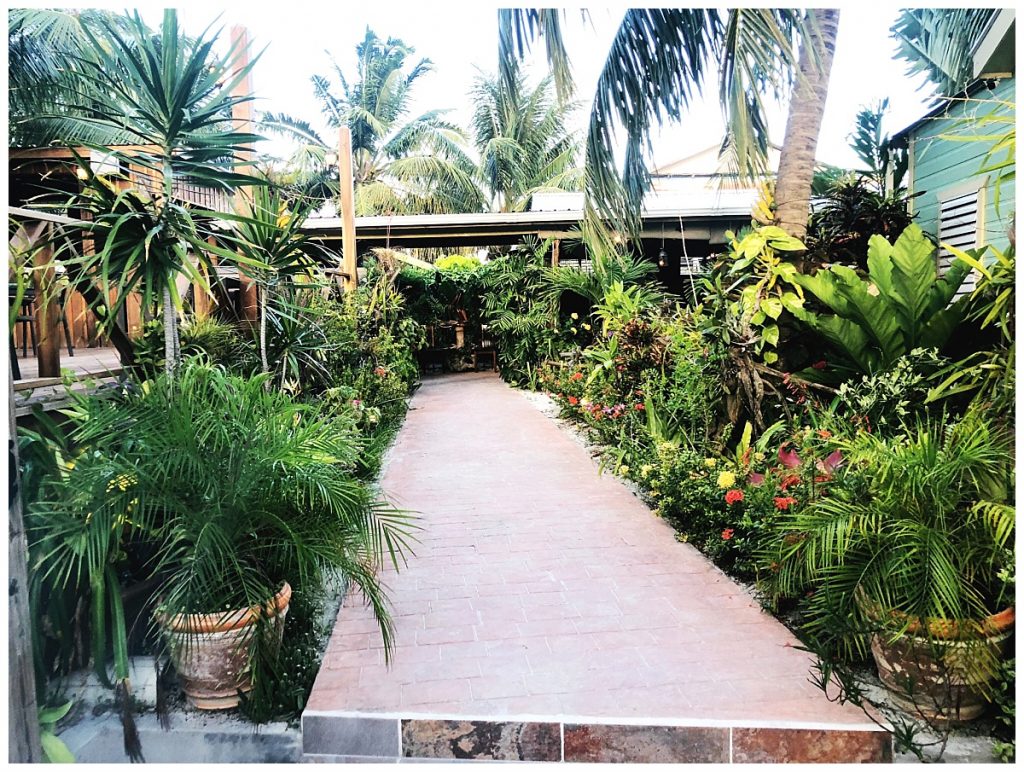 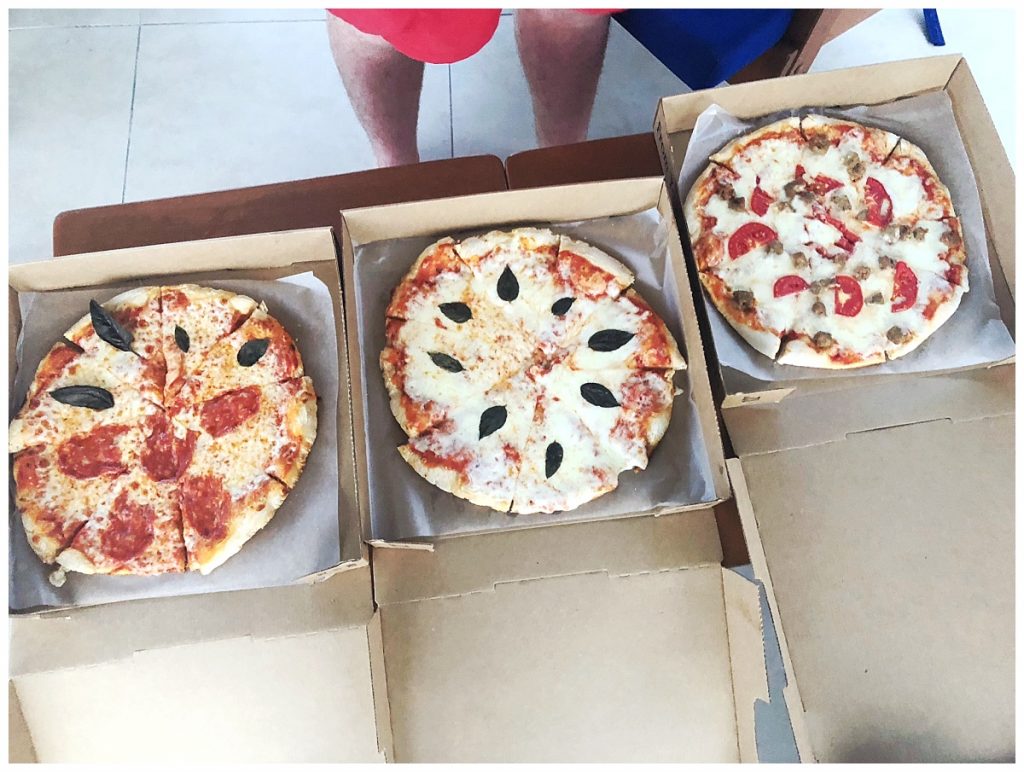 Margarita Place – amazing margaritas, and swings to sit on while you sip! 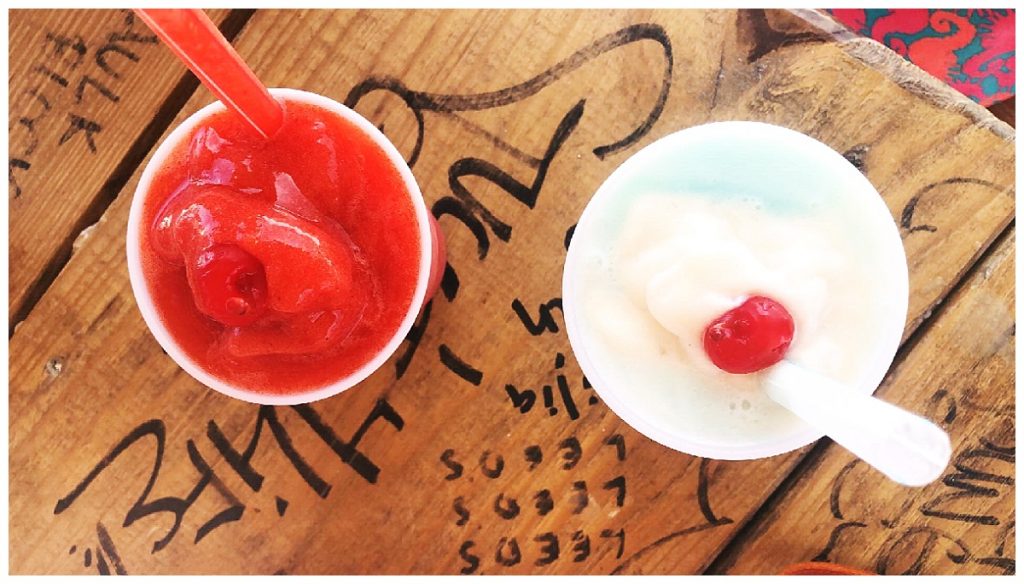 Late Night Eats – this place only opens for late night eats, so head here after the bar!

We obviously had a blast on this trip, and already wish we could go back. Have you ever been to Caye Caulker Belize, and if so what was your favorite part? We’re all wishing we were still there – where should we head next?!

A modern take on classic tradition. The mantra for

This bride’s favorite color is yellow, and doesn

Acrylic signage makes my heart swoon! It's the per

There has been a problem with your Instagram Feed. 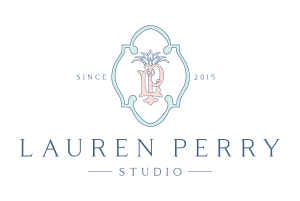